Past President of the European Federation for Neurorehabilitation Societies (ECNR)

Since 1985: Election from the Government of South Tyrol (ITALY) for Development of National Laws for Rehabilitation

1987-1988: Baylor College of Medicine Houston, Texas. The main area of this research assignment was the treatment of spasticity and pain in hemiplegic and spinal cord injured patients, as well as the treatment of pain by techniques of restorative neurology

1988-2000: Medical Director of the School for Occupational Therapy

1992: Member of the “Project Group for Neurological Rehabilitation“, reporting to the government of Tyrol (AUSTRIA)

1992: Award “Venia legendi in Neurology” with the theme “Baclofen in Spasticity“, in which the efficacy of intrathecal application of Baclofen in cases of supraspinal spasticity was described for the first time

Since 1996: Vicepresident of the Austrian Neuromodulation Society (AUNS)

2002: Election as President of the Austrian Society for Neurorehabilitation

Since 2010: Scientific Director of the Research Unit for Neurorehabilitation South Tyrol/ Italy

Since 2012: member of the Editorial Board of Functional Neurology

2015-2017: President of the European Society for Neurorehabilitation

Dr. Saltuari has submitted over 95 publications dealing with neurorehabilitative subjects as well as with acute neurological topics. 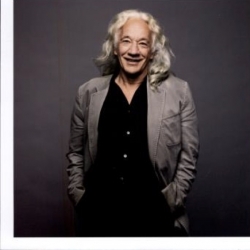