Michel D. Ferrari, MD, PhD, FANA, FRCP is Professor Emeritus of Neurology at Leiden University Medical Centre, The Netherlands. He is particularly interested in the pathophysiology and treatment of Paroxysmal Cerebral Disorders, including migraine and cluster headache. He is an elected Fellow of the American Neurological Association and the British Royal College of Physicians. He received numerous awards, including the WINKLER Medallion for Excellence in Neurological Research, the HARTMANN MULLER Prize for Biomedical Research (Zurich University), the VICI Innovational Research Personal Incentive Schema Award, the SPINOZA Life Time Achievement Premium, the highest science prize in The Netherlands, and a GRAVITY Award “Brain on a Chip” as part of the “Netherlands Organ on Chip Initiative”. 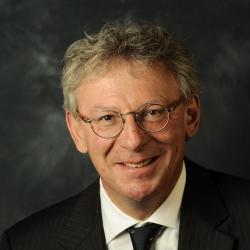